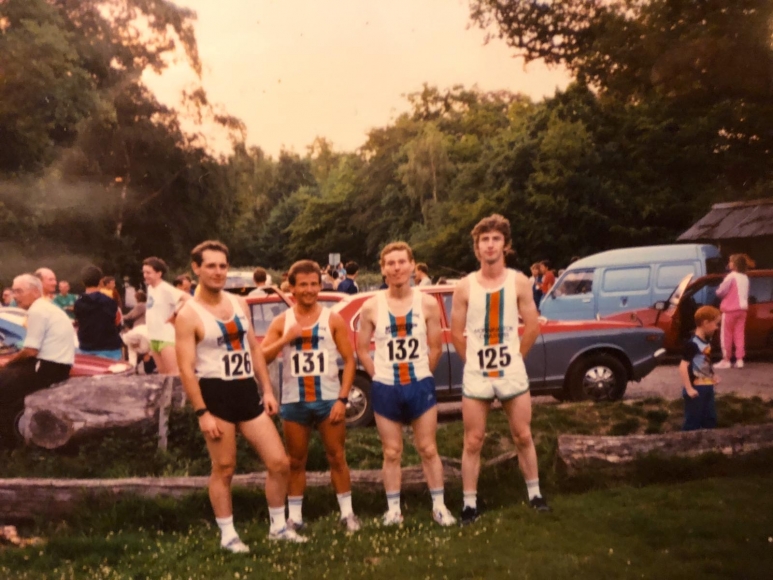 We received the following letter from lifetime member John Hattersley about the history of the Regent's Park 10K. Thanks to all the Chasers involved in establishing this race series which has meant so much to the club.

"Highgate Harriers started the RP10K. Two of their old campaigners turned out on the first Sunday each winter month, in all weathers, and put on the race for around 20 or 30 people max, most of them from Highgate Harriers, with some runners from Mornington Chasers, Muswell Hill Runners (now London Heathside) and Serpentine. The cost was 50p. There was no signage and you had to know the route or just follow the runner in front. Maurice Rayner was not even a member of the Club at that time.

"The old campaigners were getting fed up of the ongoing commitment. John Hattersley (me) and Robert King became aware of this, and we offered to take over the race series. We saw it as a way of bringing new runners into the Club, and a possible source of new finance. The old campaigners agreed, and the deal was done.

"We put up the cost to £1 (at a time when races cost around £5/£6, so still a bargain). Martin McGuinness, an accomplished carpenter by trade, created impressive new signage including a huge notice board. After a few months, the decision was made to advertise the race in the then running magazines, and the race took off. John Pratt negotiated our arrangements with the Royal Parks and a runner limit was set for the race (which I believe was sometimes exceeded, as the Club was always welcoming). Gary Meakins was another Chaser who helped with organisation.

"We soon had numbers in excess of 300 every month. Flushed with our success, we put up the price to £2, but still the numbers grew.

"In the early days, on a typical race day, runners would just turn up and pay cash. The Hub did not exist at the time, so runners changed in cars or behind bushes. Privacy didn't seem that important....we were all runners....that was the spirit of the time.

"Robbie King, Gary Meakins and myself would collect the money as the runners arrived. Martin would put out the signage. Just before the race started, I would run to my parked car with a bag full of cash, and I would hide it under the seat hoping no one saw me. I then ran back as I was also running and did not want to miss the start. Robbie King would often start the race, and then would join in as he also wanted to run. The cash was deposited into our then Post Office account on the following Monday morning.

"That was how it started. Later we became much more professional in our approach. Maurice Rayner arrived, we started taking entries online, and the Hub was built."

Viola is running the Brighton Marathon to help the fight against bile duct cancer in memory of Daniela. https://fundraise.cancerresearchuk.org/page/viola-fuckbileductcancer

Carmen is raising money for Dogs on the Street by running the Victoria Park Half Marathon. https://www.justgiving.com/crowdfunding/carmenshalfmarathonfordogsonthestreet

Chloe Bazlen is running the Edinburgh Marathon (her first marathon) for Alzheimer's Society in memory of her grandma, Helen Ranstrom, who passed away from Alzheimer's in November. https://www.justgiving.com/fundraising/chloe-bazlen1

Stephen West is raising money for The British Heart Foundation, you can sponsor him using this link: https://www.justgiving.com/fundraising/stealthness

Sarah Funderburk is running London Marathon in aid of The TLC Foundation for Body-Focused Repetitive Behaviors.

Matt Brand is running in memory of his Uncle Jeff who passed away last yearhttps://www.justgiving.com/fundraising/mattbrand2020

Please get in contact with newsletter@chaser.me.uk if you would like your fundraising link to be added to the next newsletter.