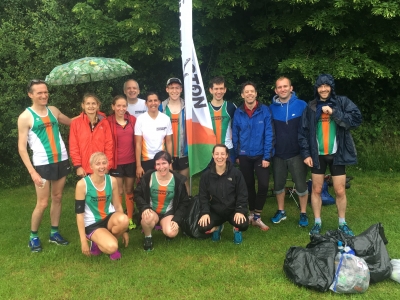 Chasers at the Summer League 10K

Yesterday (Sunday 12 June) saw the first fixture of the 2016 Summer League.  Twenty hardy Chasers braved the rain for the 10K race, the kids’ tenderfoot race and fun run and the relays.  A special mention to Rebs, running her first ever 10K after only completing our Couch to 5K course very recently!  The rain eased off for the prize-giving for the 2015 season, with Chasers putting in a good show.  Fiona will be bringing the medals and trophies to the club on Tuesday for the following to collect:

Well done to you all!  The next fixture is a 5 mile race on 10 July at Dulwich Park. 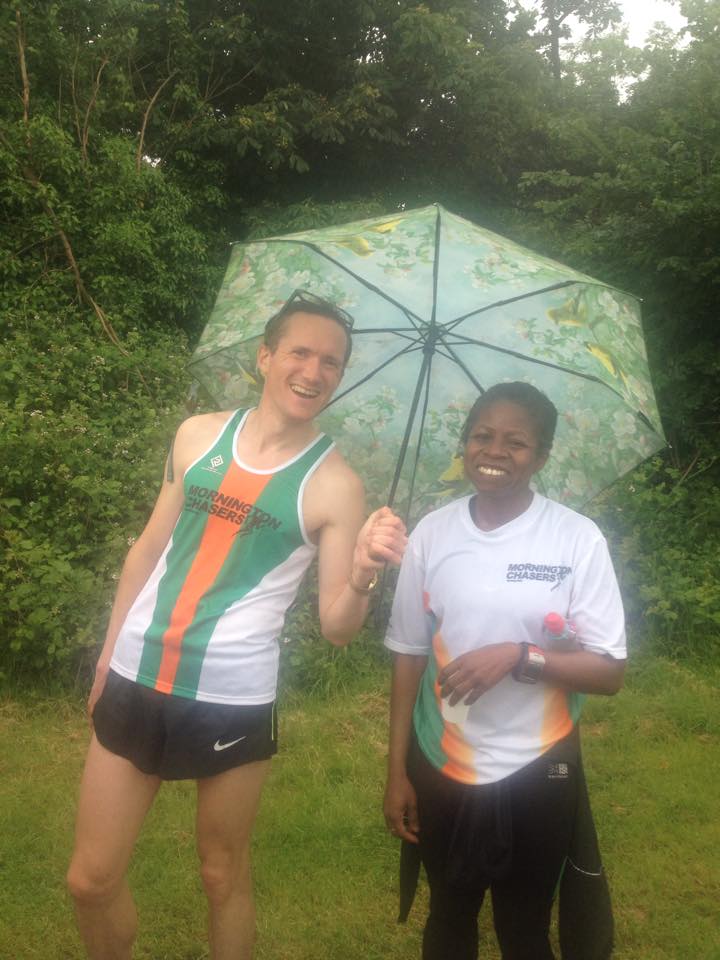 The club would like to build our capacity in coaching by encouraging members to qualify as Leader in Running Fitness and (for those who already have the LIRF qualification) Coach in Running Fitness. You can check out upcoming courses on the England Athletics website – there are courses coming up very soon on 26 June and 10 July. If you would like the club to consider paying for your qualification, please email Alice Sullivan and Rob Mitchell.  For the club to pay, you simply need to outline the ways you will use the qualification for the benefit of the club as a volunteer – e.g. getting involved in Thursday sessions, helping with the beginners, leading runs on Tuesdays.

Well done to Sarah Taylor, who got a PB at the Cotswold Women’s Triathlon on 9 June, whilst also winning her age category and coming 16th overall! 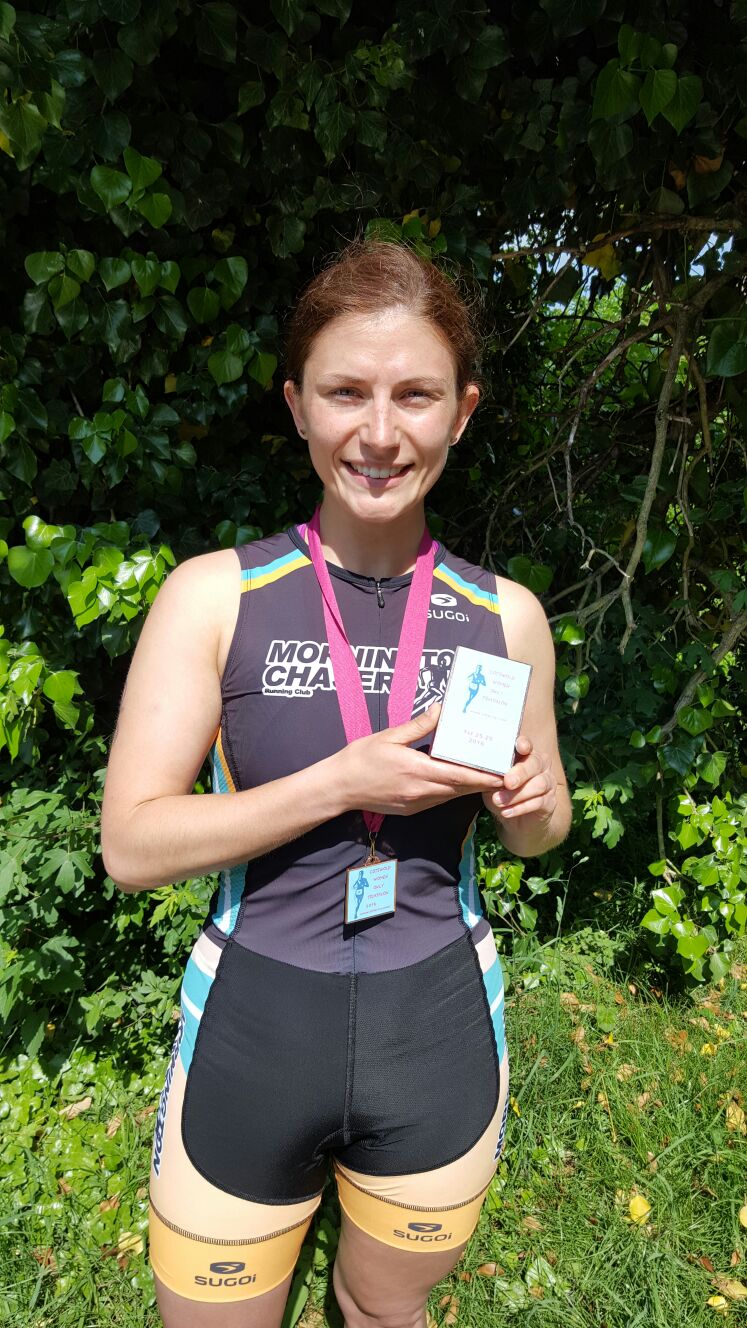 Running clubs from London and across the UK will battle to be first across the former Olympic Stadium finish line for a shot at the host of prizes on offer at the Great Newham London Run.

Dozens of London running clubs have already entered teams of up to four men and four women to give themselves a chance of winning the Great Run Club Challenge on Sunday 17 July. Not only does the Great Newham London Run 10km give runners the only chance to have their Golden Moment crossing the same finish line as their London 2012 legends, the team with the fastest overall time wins:

· £500 for their club,
· 15 entries to next year’s run
· Entry into the prize draw for a trip of a lifetime to take part in the Great Ethiopian Run, and meet with legendary distance runner, Haile Gebrselassie.

The second fastest team from an affiliated England Athletics or Scottish Athletics club wins ten entries to next year’s Great Newham London Run and there are five places up for grabs for the third place finishers. Runners just need to make sure they give their club name when they enter the event, which takes place in Queen Elizabeth Olympic Park, at www.greatrun.org/london

Brendan Foster, Chairman of the Great Run Company which organises the Great Newham London Run, said: “London 2012 has kicked-off a second running boom in London. The famous old clubs are thriving and new clubs are being created all the time. The Great Run Club Challenge gives all affiliated clubs from London and the rest of the UK the chance to put their top teams up against each other and compete for stellar prizes, including a trip to the amazing Great Ethiopian Run.

“The Great Newham London Run will be a great day out for all club runners, however competitive, who can each bring two guests to cheer them as they have their Golden Moment across the same finish line as Mo Farah, Jess Ennis-Hill and David Rudisha.”

Tuesday coached session is Mile Time Trial led by Andrea, including a thorough warm-up, strides, warm down and stretches. Suitable for all levels and a great benchmark to check fitness and running progress whatever your distance. The Battersea Park mile-relay is a month away so a good practice session for that event too.

Thursday’s session will be at Parliament Hill track, led by John. 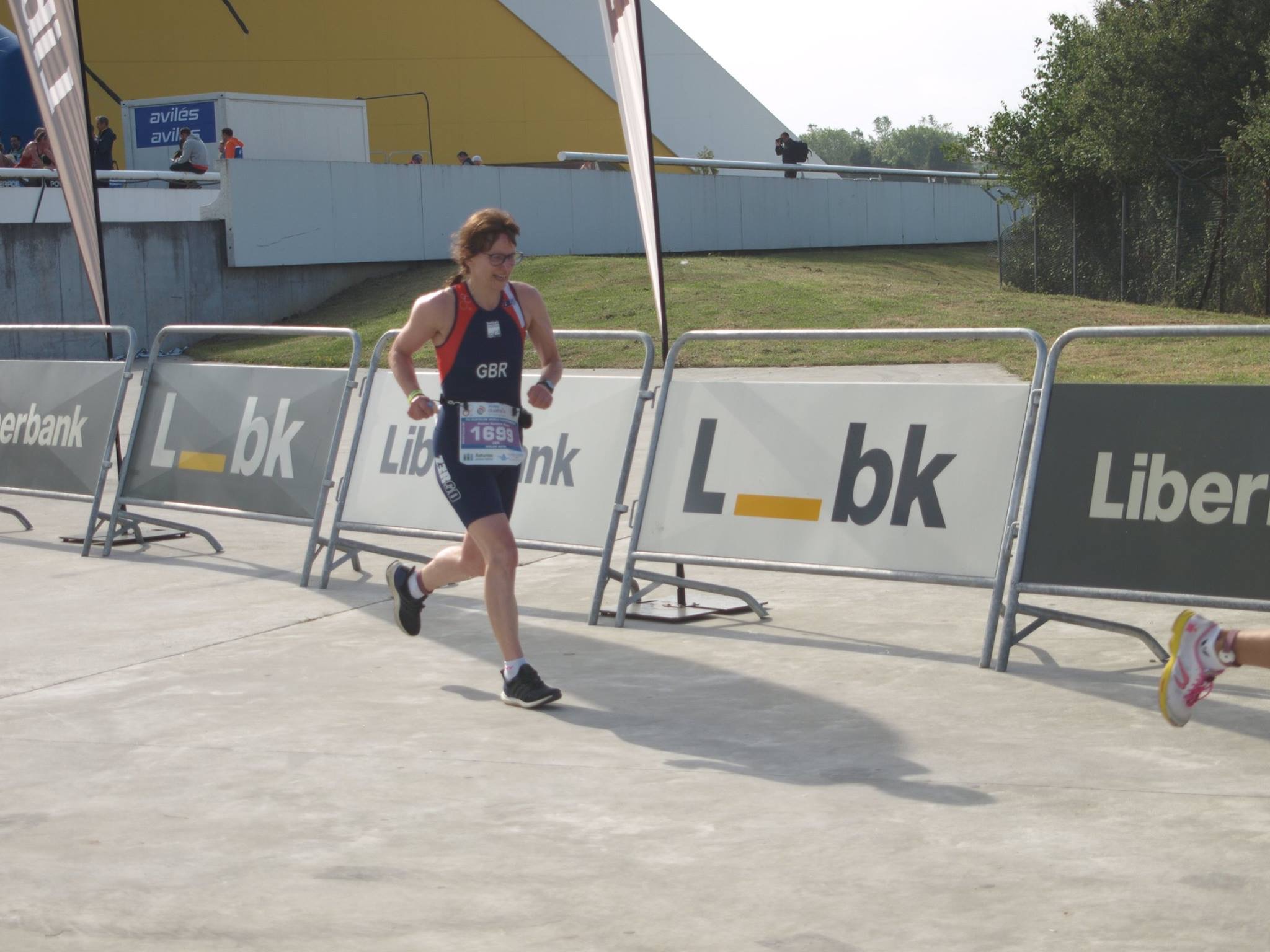 The ITU World Championship Sprint Duathlon in Aviles, Spain was amazing. No medal this year (4th in my very competitive age-group) but fantastic to be part of the whole experience. Winning gold last October pre-qualified me and it is a real privilege to be part the incredibly supportive, GB team - the most successful nation in the history of our sport. The people in the town are incredible - the streets lined six deep during the opening parade. Spectators cheering all along the race route (well not all the cycle section but most of it). Firework display late into the night after the presentations. Police that stopped traffic when we were out practising on our bikes and an incredible warmth and friendliness from all the Spanish people. The river estuary is a fantastic location surrounded by hills - flat for the run, undulating for the cycle section and all based around the Niemeyer Arts &amp; Culture Centre. A shame about the iron works but somehow the industrial and old town mixed with the modern and water make it all the more alluring. - Andrea Sanders-Reece

Cork City marathon is held on the Irish June bank holiday Monday. There is a team relay and half marathon joining up with the marathon meaning you have almost constant company from fellow runners.  Mainly flat course with some nice river views in parts. Good support from the locals. – Eamon Byrne

If you want to upload a photo or your results are missing, visit My Details on our website and update your picture and Power of 10 ID.