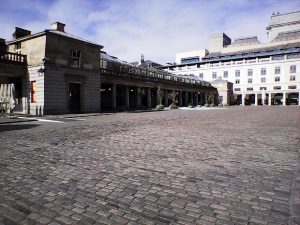 We all knew London would be postponed, and good on the organisers for putting the health of the elderly and those with lung conditions as their top priority.

I’m no epidemiologist, but I thought it might be helpful to say how I plan to respond.

Firstly, I’m shifting my training focus to Paddock Wood. I’ll immediately switch to that schedule. I have a place in a backup marathon but if I run it at all I’m not going to compromise my immune system by going at it full tilt. I know from experience that I get run down post marathon and so I’m not going to take any risks. I have no idea if there is any evidence that running a marathon hard will really be a problem, but I don’t care. My priority is my long term health, so I’m not going to chase a marathon time this spring.

Second, I’m only going to do races if this fits with the advice we are given on travel and gathering sizes. If Paddock Wood is cancelled or travelling there is considered a bad idea, well, so it goes.

The fitness I’ve built up can be used to good effect to knock out some fast short races. There are some small local races that seem perfect. After Paddock Wood, the athletics season starts with a meeting at Parliament Hill and Donal will be putting together a training plan for the Golden Stag mile. Last year I was knackered from London at the Golden Stag. This year, I plan to ace it.

We’ll need to come up with a schedule for early autumn marathons that makes the most of the summer league and the athletics meets to get us in top shape. Should be fun figuring out how to do this, and should mean some cracking long runs in beautiful weather. We’ll keep you posted…